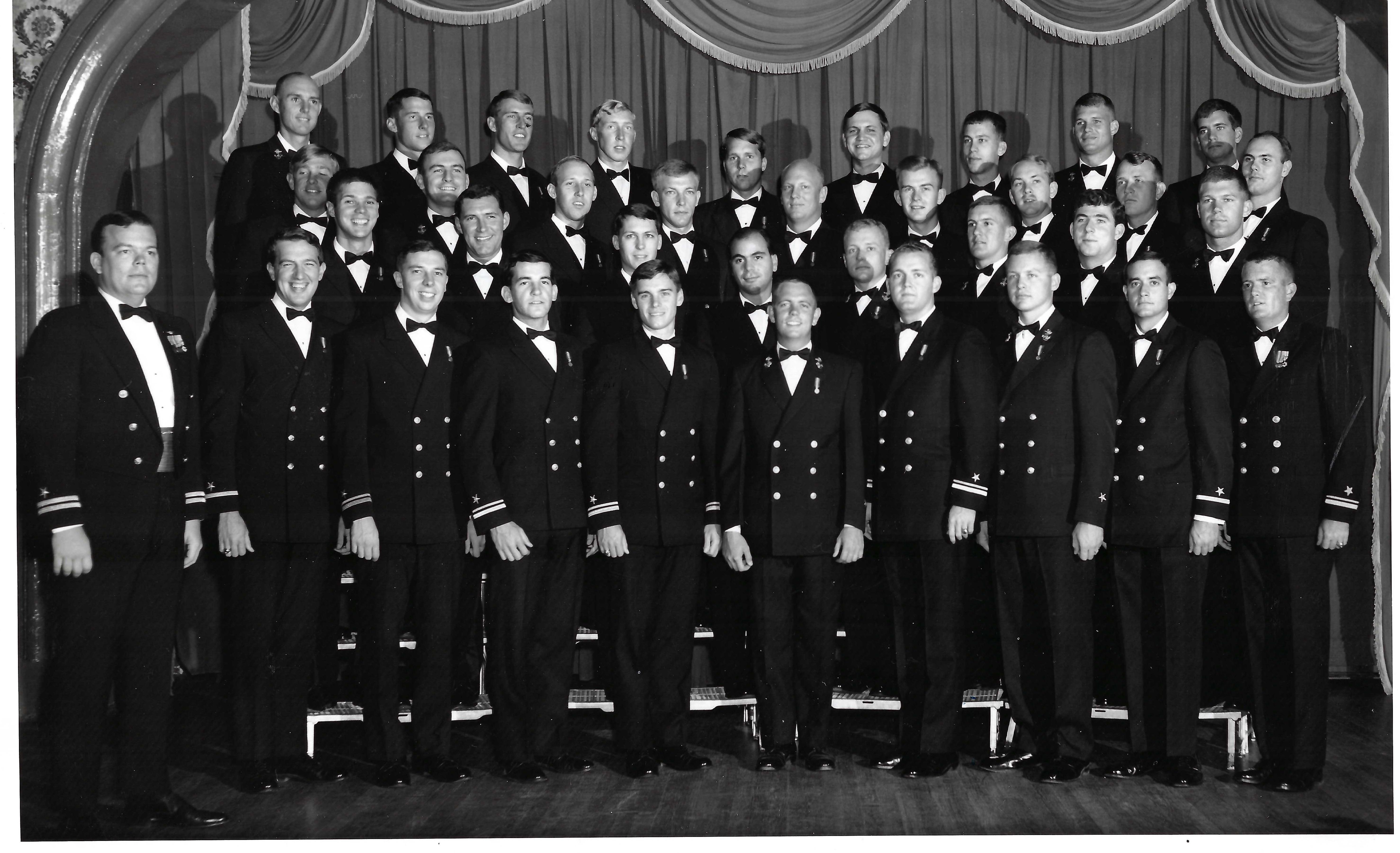 The singers in the Naval Aviation Alumni Choir were Navy, Marine Corps or Coast Guard flight students in their primary and basic training phases as either a pilot or a flight officer at Naval Air Station Pensacola. As they progressed to advanced training, they left Pensacola and new choir members would take their place – meaning a complete turnover of membership about twice each year. 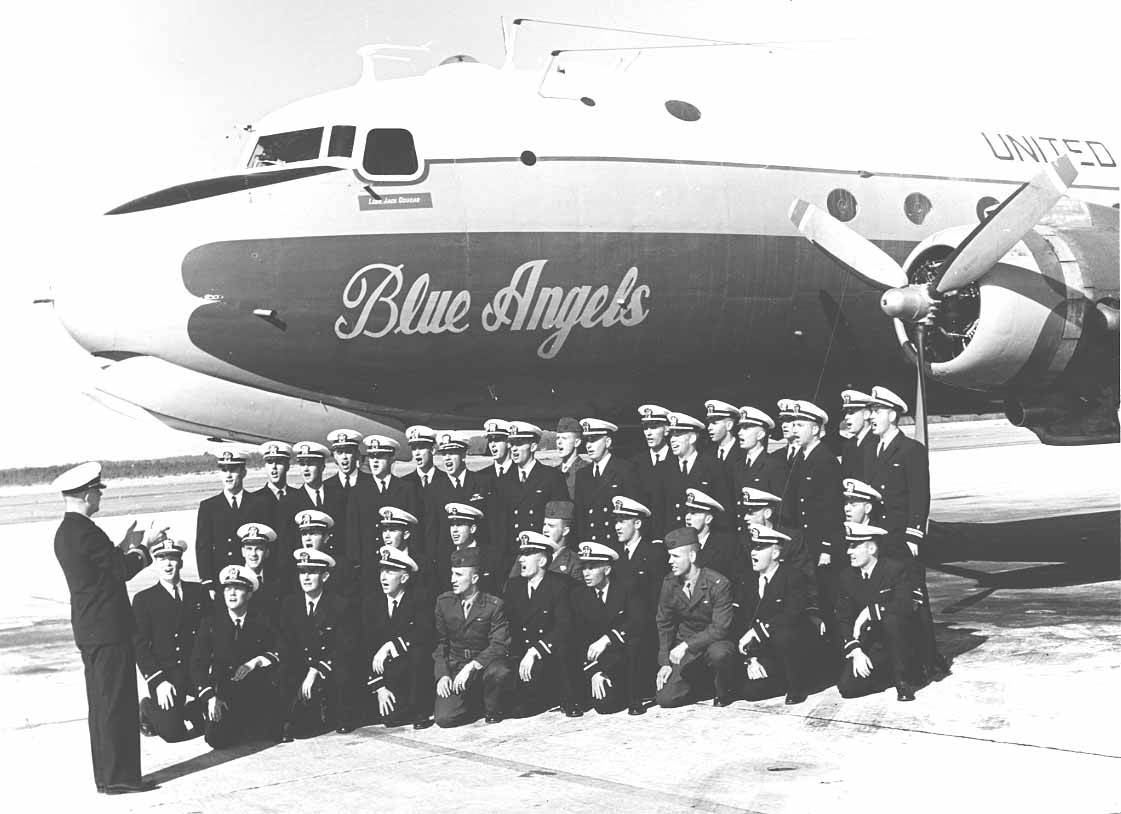 The choir was officially sponsored by the U.S. Navy from 1949 until the early 2000’s. During those 50-plus years, thousands of future aviation officers found time from their academic and flight training rigors to practice and perform with the group.
Many of the choir members continued a full career in military service, some achieving flag officer rank. And some are highly decorated aviation combat veterans. Initially formed in as the "Naval Aviation Cadet Choir", they sang for Sunday services at the NAS Pensacola Chapel and at local community events. 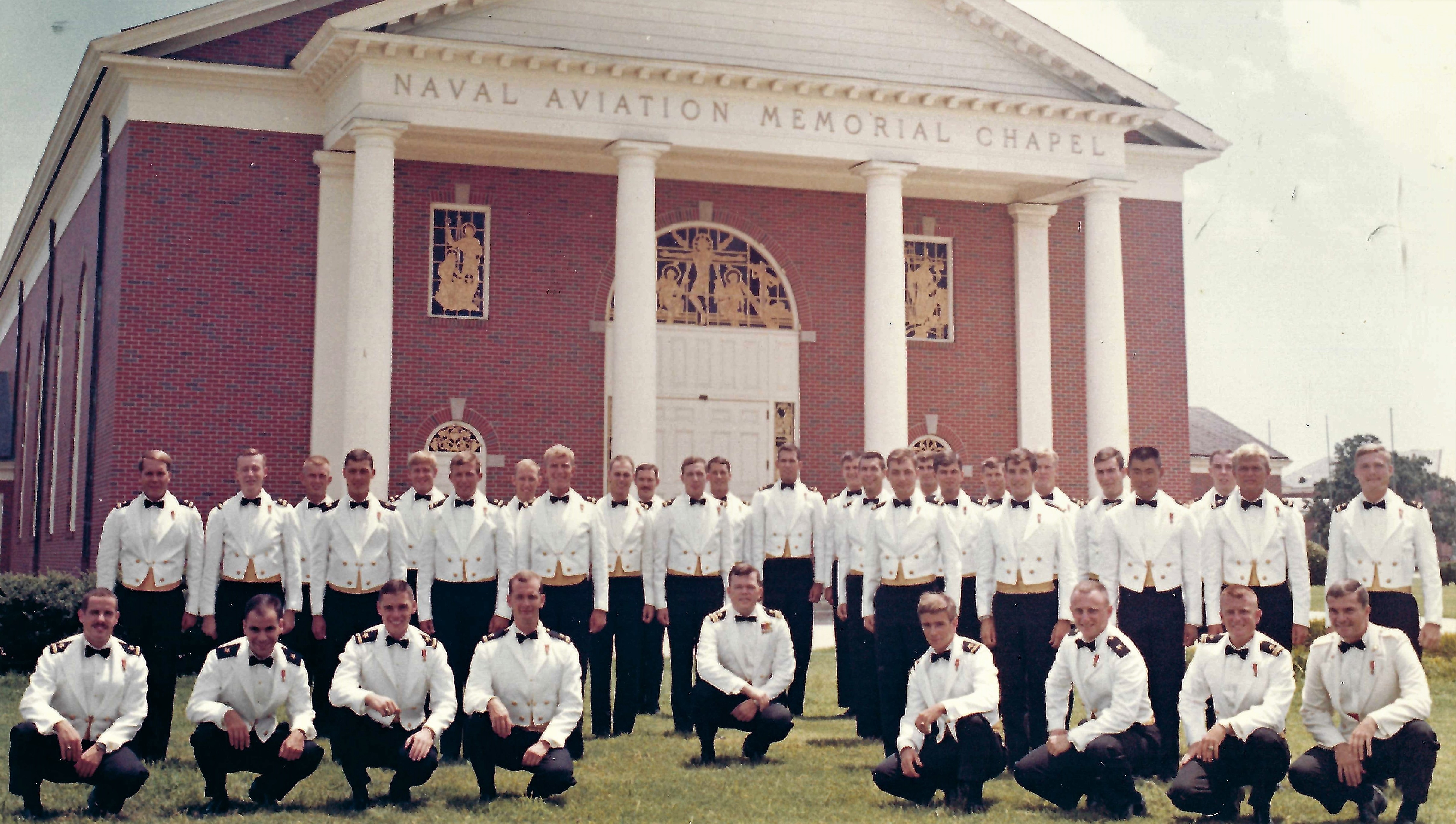 After expanding its repertoire and developing into one of the country’s prominent acapella choirs, the group’s name was changed in 1960 to the "Naval Air Training
Command Choir".

From 1987 until 2002, with the addition of an occasional flight instructors and aviation medical officer, it performed as the "Naval Aviation Choir". 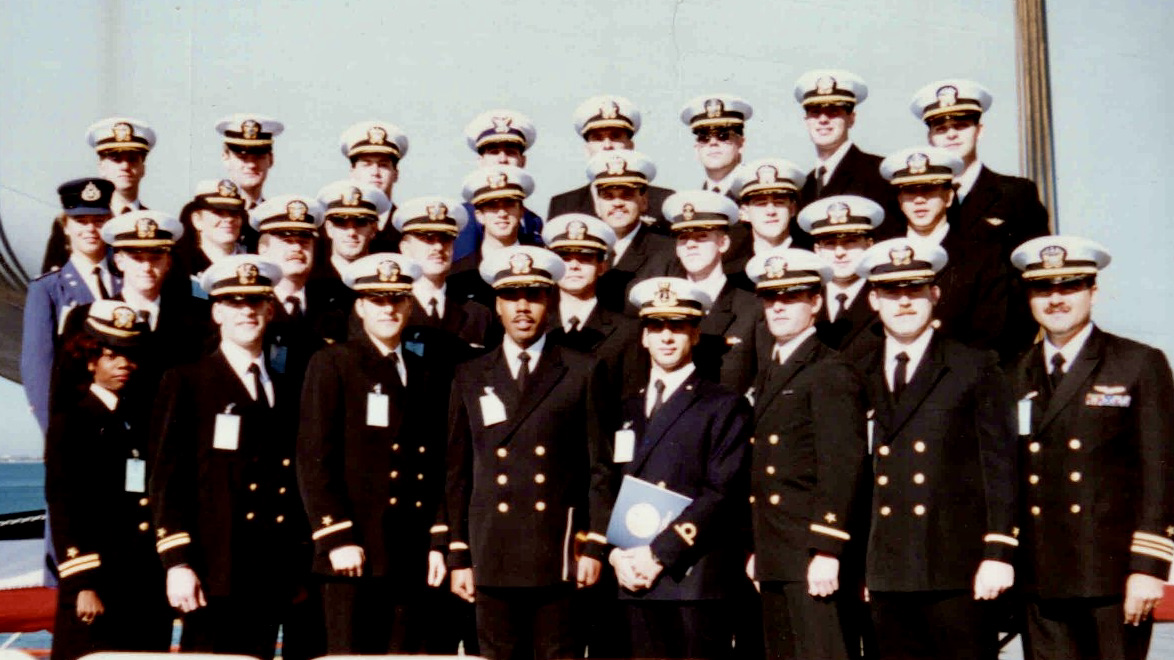 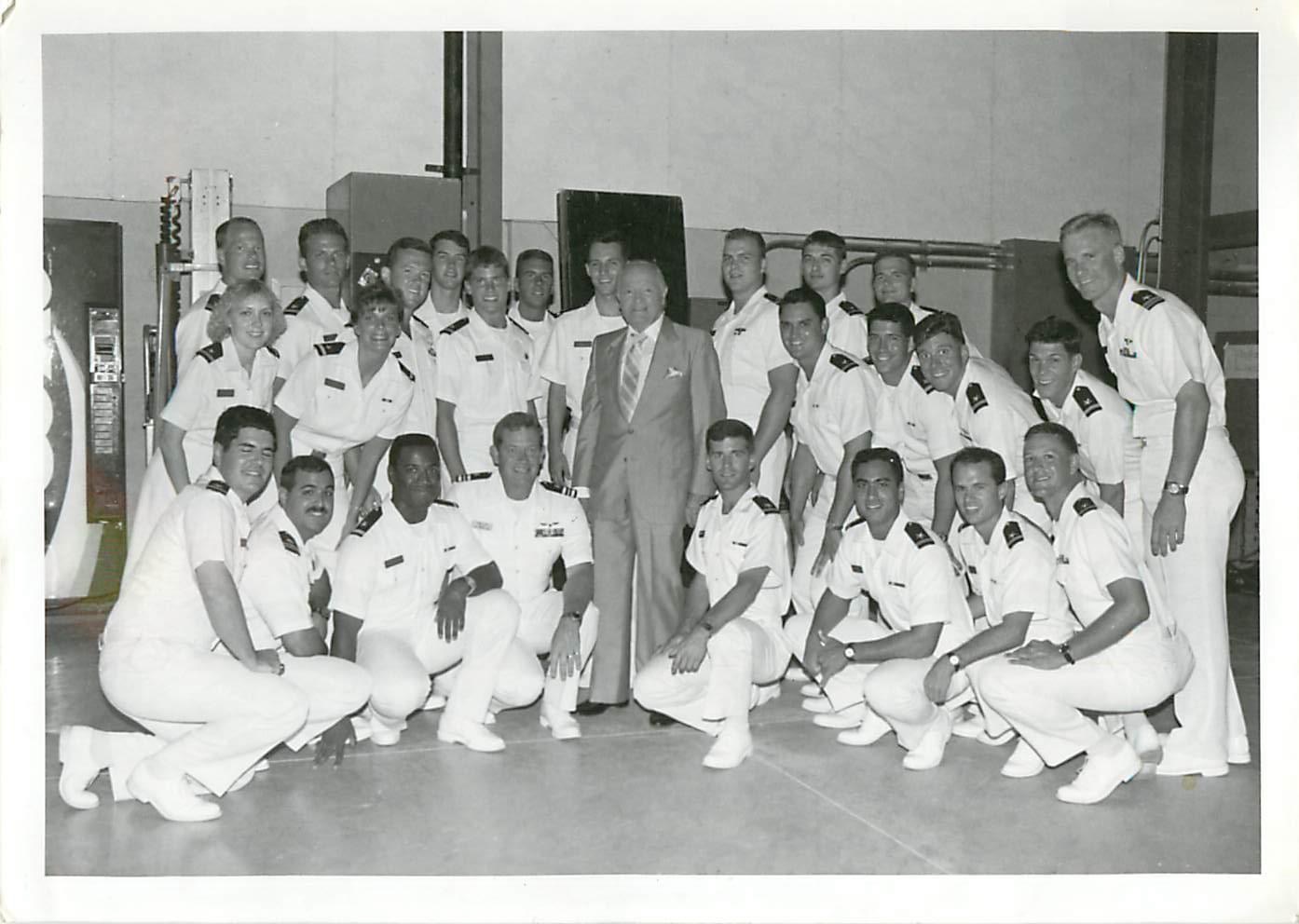 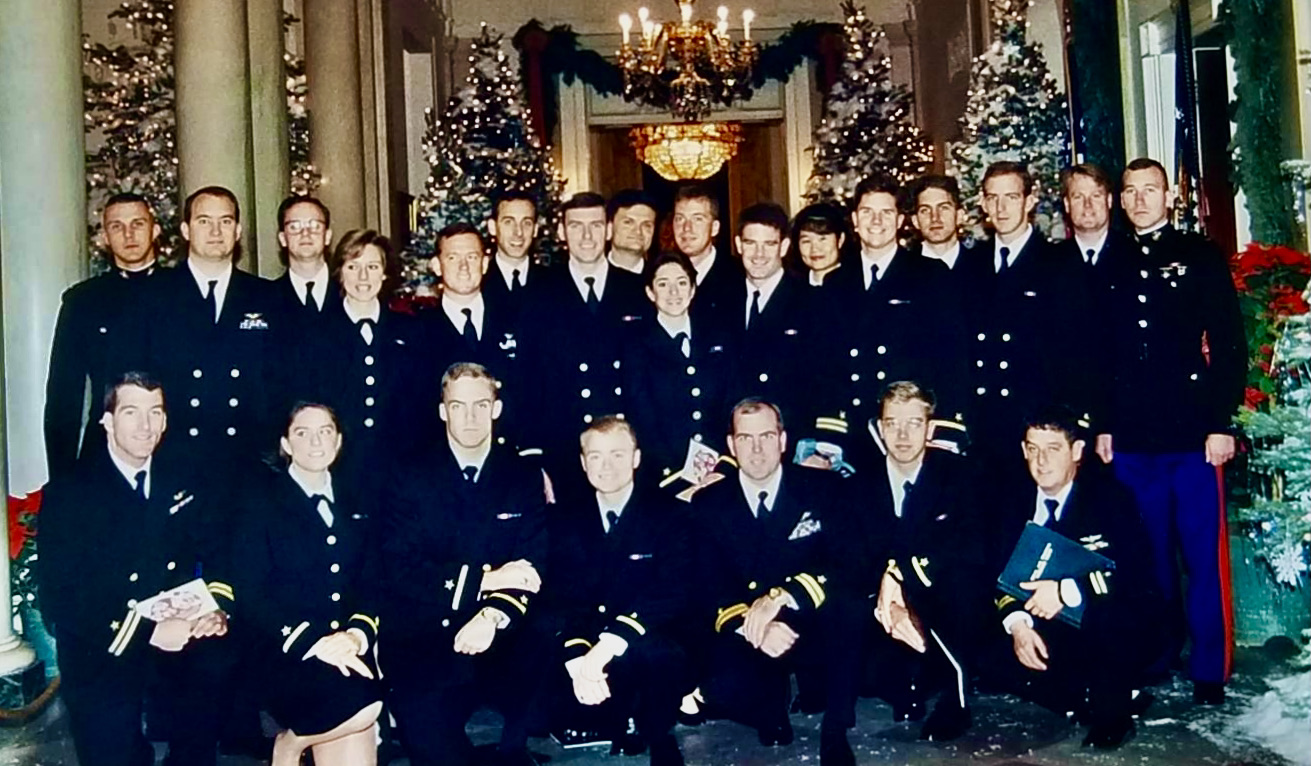 Despite its high turnover rate of members, over its five decades the choir performed across the country at hundreds of major venues, and appeared on such network TV programs as The Arthur Godfrey Show, The Tonight Show with Johnny Carson, The Mike Douglas Show, The Ed Sullivan Show, The Steve Allen Show, the Miss Universe and the Miss USA Pageants, and at National Football League and Major League Baseball games. It also performed for a joint session of the U.S. Congress, presidential receptions in the White House and with several major metropolitan orchestras.

In 2015, thirteen years after the choir was disbanded, a number of former members decided to revive the group by actually performing again. Through successful online and telephone outreach nationwide, a roster of roughly two hundred former singers was created. Since then, the group – now performing as the Naval Aviation Alumni Choir – has mustered about thirty-five to forty members for each event. They’ve arrived at the performance sites from all over the U.S., from south Florida to Kodiak, Alaska, with members paying their own travel and lodging expenses. They have performed in San Diego aboard the USS Midway Museum, at the Navy Helicopter Association convention and other venues there, in Pensacola for Aviation Officer Candidate reunions, at the NAS Pensacola Chapel and at numerous public events, and in Gainesville, Florida at the University of Florida concert hall for a special Christmas performance with the university’s two hundred-member orchestra and chorus.

See more about our tours, past and most recent. Past Performances


Log into Members Only side to read our latest SITREP